Home Archives Profile Subscribe
5 Action Thrillers to Watch if You Are New to K-Dramas
Romance in the Workplace: 5 Favorite K-dramas Featuring Office Couples

The Power of the Press: 5 Favorite South Korean Dramas Showcasing the Influence of the Media 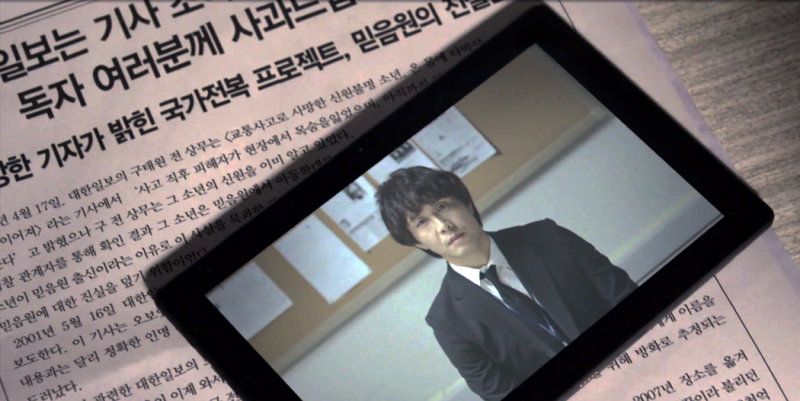 In recent years, the press has come under increasing attack. In response, media outlets have adopted slogans like "Democracy dies in darkness" (Washington Post), "Facts First" (CNN), and "Pursuing the Truth Together" (WAMU 88.5).

Social media has become an echo chamber for false information, so it is even more critical for people to get their news from reliable news sources.

The following five South Korean series highlight the influence of the media on individuals and society from the viewpoint of those who are responsible for reporting the news. 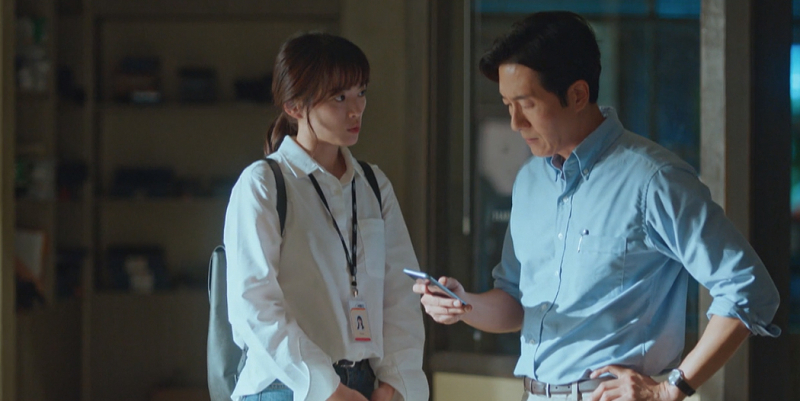 Description: Workplace drama. Kim Baek-jin (Kim Joo-hyuk) is the anchor for the late-night investigative news show Argon. When the Midtown mall collapses killing 71 and injuring many others, he and his producer Shin Cheol (Park Won-sang) fight against the network higher-ups who feed their team suspicious information about the incident. Their battle to deliver credible news in the face of corporate pressure inspires the passionate team of Argon reporters - especially new reporter Lee Yeon-hwa (Chun Woo-hee) - to put their reputations on the line to deliver facts in a world that too easily embraces fake news.

Why I Love This Series: This slow-paced series focuses less on uncovering facts around a complex news story and more on the lives and relationships of the reporters. From the junior reporters to the more seasoned professionals to the politically-minded back-stabbers, the motivations driving each individual is made clear. Despite verifying the facts before broadcasting a story, their reporting comes under intense scrutiny and their reports are repeatedly disputed. Bonds are formed and broken as the news team strives to deliver the truth in an increasingly challenging work environment.

"Reporters should reveal the truth only through facts."

"A reporter needs to care about people and question conventional wisdom. A reporter also needs to have an insatiable curiousity and always think about the whys and hows. Lastly, when you have a doubt, you must not let it go."

"Changing the frame is powerful. Once you change how someting is framed, nobody thinks about what was the matter in the beginning." 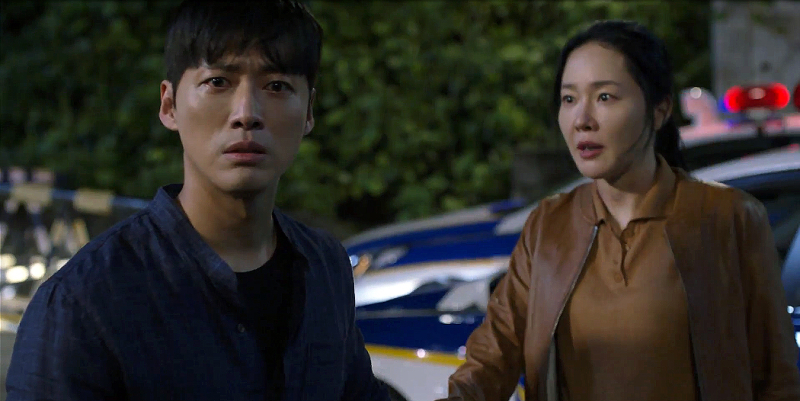 Description: Legal, political drama. Journalist Han Moo-young (Namkoong Min) of the online Aeguk Newspaper is secretly uncovering clues related to the murder of his brother and reporter Han Cheol-Ho (Oh Jung-se). Seasoned journalist Lee Seok-min (Yoo Jun-sang) has become cynical after being downgraded at the prestigious Daehan Daily. Prosecutor Kwon So-ra (Uhm Ji-won) seeks to regain her position after her demotion as a result of fighting against powerful players. The three combine their efforts to cover the truth behind a series of events orchestrated by a powerful publisher.

Why I Love This Series: Themes of responsibility, truth, and trust permeate this series. Injustice is portrayed through those with power who wield it without regard for the individual lives they may destroy. With nothing to lose, Han Moo-young convinces those he encounters to do the right thing – or the wrong thing for the right reason. When our trio works together to separate fact from fiction, they leverage their respective media channels to shine a spotlight on the evildoers who had remained hidden.

"You are never too late if you have the courage to ask the right question."

"Helping the weak isn't justice for a journalist but common sense."

"The first duty of journalism is to seek the truth." 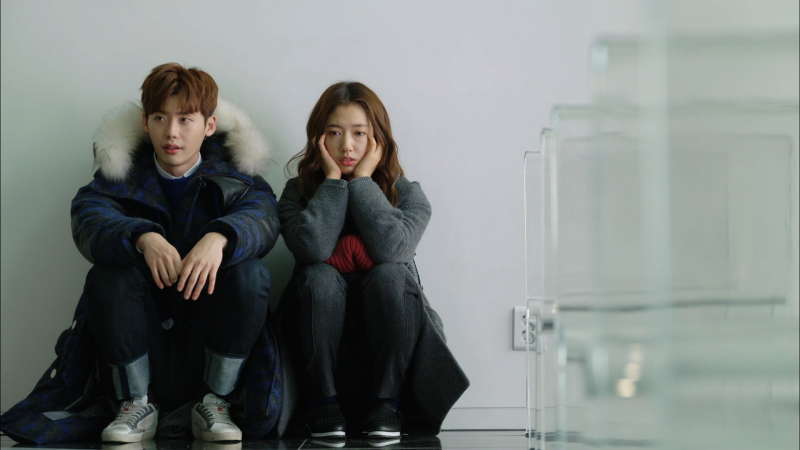 Description: Coming of age drama. When the media misreports on the death of a firefighter and his crew, the fireman's family is shattered and separated. Thirteen years later when the truth of the incident is unearthed, the fireman's oldest son Ki Jae-myeong (Yoon Kyun-sang) seeks revenge. Meanwhile, the fireman's youngest son Ki Ha-myeong (Lee Jong-suk) – who was adopted under the name Choi Dal-po – aims to resolve matters by becoming a reporter. As he and his "niece" Choi In-ha (Park Shin-hye) pursue careers as television reporters, Choi Dal-po's past comes back to haunt him – most notably in the form of Ih-ha's estranged mother Song Cha-ok (Jin Kyung), a top television newscaster.

Why I Love This Series: This story is full of all the romance, comedy, thrills and melodrama that you expect from k-dramas. As the relationship between Dal-po and In-ha evolves, they face both mundane and challenging assignments, each of which they meet head-on. Of particular note is the relationship between Ki Jae-myeong and Choi Dal-po as they navigate a world that has both destroyed and redeemed them. Excellent performances by supporting cast members in a narrative that focuses on the impact of news coverage on individual lives make this a compelling and memorable series.

"The truth can change the world."

"People think that reporters only relay the truth. Reporters should know that people believe them unconditionally. So you should have known that your words are scarier than those of other people. The fact that you didn't know is your mistake." 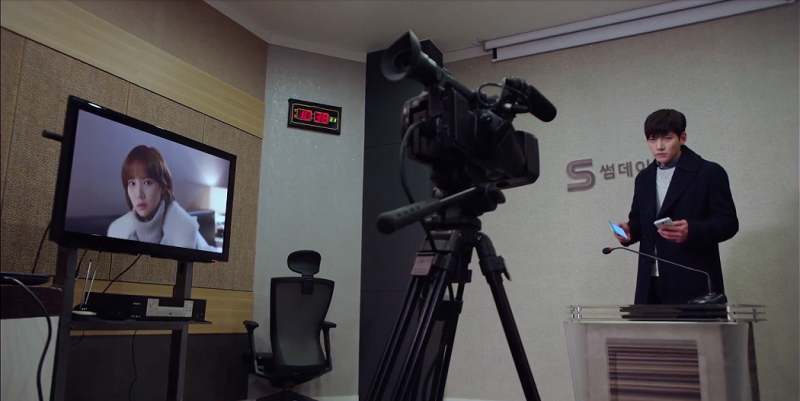 Why I Love This Series: This series powerfully depicts the impact of true vs. fake news in an entertaining story featuring action, comedy, and romance. The different approaches of the lead characters are striking: Healer is driven by instinct while journalist Kim Moon-ho takes a more carefully planned approach and Chae Young-shin chases stories down through dogged determination. As the two join hands to hold accountable the powerful forces working behind-the-scenes, they combat increasing threats by leveraging the power of the free press.

"Media exists to diagnose the pain of this society and cure it." 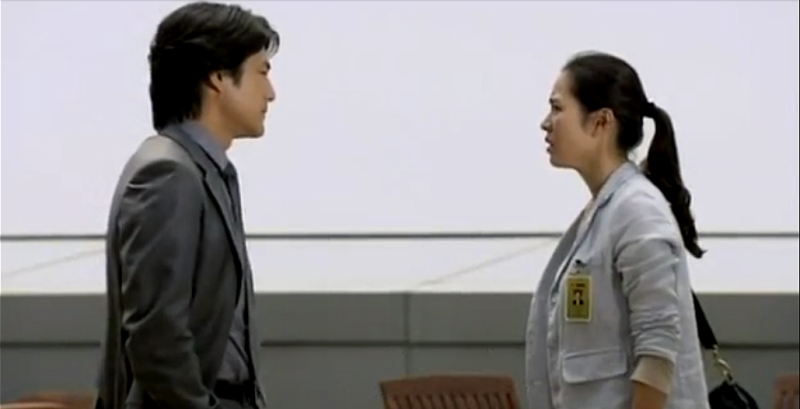 Why I Love This Series: While this has an old-school feel to it, don't let that fool you. What it lacks in current technological advances it more than makes up with an engaging storyline. This slice-of-life drama offers an interesting perspective on the inner workings of a television news team and the stories they choose to cover. In her enthusiasm to get the story, Seo Wu-jin finds herself in tense situations which she manages to turn around to her advantage. As the reporters track down and report on the next big story, they face important issues including ethics in reporting, freedom of the press, and trust in the fourth estate.

"Our responsiblity as reporters is to reveal the truth."

The following playlist features trailers and snippets from each of these series. 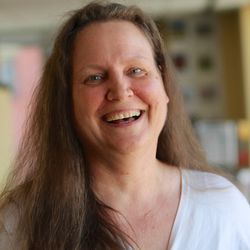